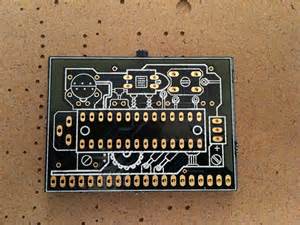 The market for consumer electronics is constantly changing, as well as constantly looking for the next-best-thing on the horizon.  In certain ways, this makes it easier for companies looking to enter these markets to find an entry point.  All the prognostication usually lays out very good ideas for introducing new products, and what features will be expected.

So if you're looking for markets to focus on for an upcoming product, these would all be good bets to target.

Just in time for Back to the Future's predictions about future tech in 2015, Smart Home technologies are here and rapidly gaining in the marketplace.  Growth is expected, according to current trends, to be at roughly a 67% compounded rate for the foreseeable future.  This is a huge growth sector, and one which can be fueled by both new home buyers as well as those simply replacing old appliances as they wear out.

One critical issue here is one of ecosystems.  So far, most smart appliances are self-contained or using manufacturer-specific standards.  The first companies to collaborate and agree on a single set of unified specs are likely to clean up.

Even though the jury is still out on whether the Apple Watch was a good idea - or even sufficiently successful - there's no doubt that wearable technology is still big business that's poised to grow sharply in the years ahead.  This is being led by the fitness market, which is happily embracing any low-weight device that can improve their workout without adding bulk.

Likewise, the potential in medical fields for wearables is enormous and, arguably, not coming fast enough.  Bio-monitors are becoming available that allow for surprising levels of detailed tracking, plus the possibility for blood\toxin monitoring, such as wrist-mounted blood-glucose meters. 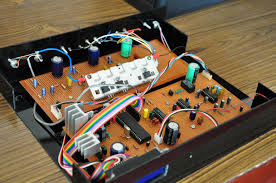 We've been promised goggle-based computing for at least twenty years now, and we're finally close to it becoming a reality.  Several high-profile projects, including Facebook's Oculus Rift and the recently re-released Google Glass suggest that this is finally an area of electronics worthy of serious consideration.

In our view, look ahead to AR rather than VR.  VR will be great for video games and -maybe- movies, but that's about it.  The way VR blocks outside visuals and audio severely limits its applications.  AR has the potential to be true go-anywhere computing, in a form that won't interfere with the user's daily life.  This gives it far more widespread appeal and potential applications.

The bottom line is that products are getting smaller, faster, and smarter.  Electronics manufacturing partners have to be able to keep up with demand, and produce final builds that can meet consumers' expectations for their gear.

As one of America's most reliable and high-tech assembly electronics partners, ZenTech can bring your designs to market, whether they're for consumers or specialty fields such as military or medical.  Contact us today for more information.

In the meantime, what products do YOU think will be hottest in the next couple years?