According to HSBC, China's Purchase Manager's Index (PMI) fell to 50.1 in July signaling an unexpected contraction in manufacturing. Over the last few years, China's manufacturing services, especially for goods destined to the USA, has been on an upward trend. According to the PMI data released by HSBC, the decline in manufacturing in China in July 2012 was 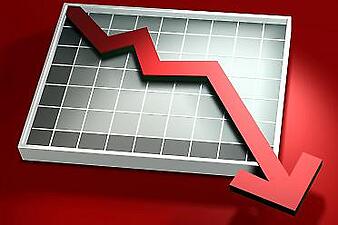 very close to an economic contraction. 50 points in the PMI is crossing point between an expansion and a contraction.

Like many other Asian countries, the Chinese economy is highly dependent on exports. As such, the economy is affected by what happens to economies in the West. There has been a global slowdown and decline in demand especially in the US and Europe. The repercussions of this decline on the Chinese economy is lower than expected growth in manufacturing especially given that Europe and the US are the key export markets for China.

It is clear that the Chinese manufacturing sector is very sensitive to external market conditions. The economic crisis that has been experienced in the West has played a significant role in the decline. The July PMI reveals that there was a significant slowdown in production growth. New export orders fell and in the process foreign demand dropped. 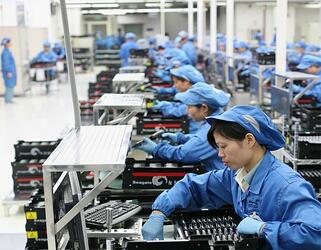 foreign demand. However, there has been a general decline in new orders, backlog of orders and imports signalling contracting domestic demand for manufacturing services.
Even with its population of over 1.3 billion people, China is not immune to global economic pressure. The combination of the policies adopted by the US and European governments are key contributors to the decline. Tightening of policy, stringent environmental compliance requirements, inaccessibility to credit and high costs of labor are just but a few factors that have led to the economic deceleration in the west.

It is however not all doom and gloom in China. Of the 21 industrial sectors that were surveyed for the PMI, 8 recorded growth in the last three months. The growth in new orders was particularly experienced in: metal products, non-metal minerals, electrical machinery and equipment, specialized machinery, tobacco, chemical fibers rubbers and plastics, wood processing and furniture and automobiles. It is expected that these sectors, all of which offer manufacturing services, will receive little stimulus from the government as it looks to spur growth in the declining sectors. Economic analysts anticipate a combination of policies aimed at both the supply and demand sides of the economy from the Chinese government.

The Chinese government in anticipation of the contraction, announced an interest rates cut on 7th June 2012 (the first since December 2008). It is expected that this will not be the last act of policy easing by the government as it tries to lower the overall costs on manufacturers. Statistics reveal that Chinese manufacturers have been piling up stocks of finished products and cutting back expenditure on raw materials. On the supply side, interventionist policies that target the manufacturers are expected to be implemented. Fast-tracking the approval of

corporate bonds and lowering the restrictions on lending are some of the supply-side policies expected.

The demand-side is a bit more complex for a single government to intervene. The export market is highly governed by the economic conditions in the export destinations. Given that manufacturing services in China are mainly used by foreign markets, the Chinese government will look to expand export markets by moving to new destinations (especially Africa). An economic stimulus package to western markets is a very unlikely scenario because the government still has domestic demand problems to contend with. It is expected that such a stimulus will be aimed at China's domestic market. The government is expected to spend more on social welfare and to fast-track construction of public housing.