For at least twenty years, if you were looking at hiring engineering design services or electronics manufacturing, the conventional wisdom was to go overseas. It was a purely bottom-line decision, and from that point of view, it did make a lot of sense:

Well, notice the past tense in the previous statements. With the possible exception of the last point, none of these ideas are really accurate today. 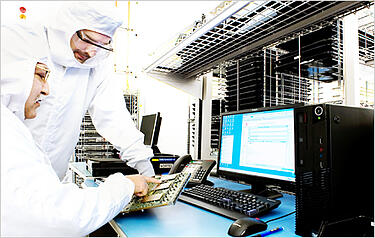 The influx of manufacturing has had the predictable effect on local economies overseas: workers are demanding higher wages, and more disposable income has led to cost-of-living increases as well. Fuel and transportation costs, of course, have become far higher in recent years. Plus, the dollar isn't doing as well as it used to, especially with the Yuan continuing to grow in strength.

Furthermore, having your engineering design services and assembly done overseas has

introduced significant new problems to the mix. These have further eroded whatever financial benefits remain for locating your manufacturing services overseas:

Finally, there's the undeniable impact on the US economy. This spread of jobs overseas has contributed to local US economic woes, resulting in a situation where one of the largest consumer bases in the world is now significantly underperforming due to cash flow problems.

Add all these up, and it quickly starts to look like offshoring may not be viable for much longer. However, there's a new trend which seeks to address all these issues at once, in the 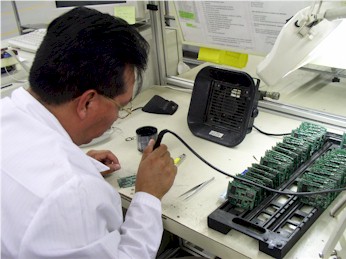 most obvious way possible: bringing manufacturing jobs back to America

Companies engaging in reshoring are discovering that the initial cost benefits of offshore contracting are ultimately offset by all of the "hidden" costs that go beyond a simple price-based cost/benefit analysis.

It's true that US-based manufacturing and engineering is still more expensive than overseas work, going strictly on a per-unit basis. Companies experimenting with reshoring are reporting a five to ten percent decrease in profit margins, but they are making up the difference by considering the long-term TCO of overseas operations.

Further, being "Made in America" remains a significant selling point, both at home and abroad. Foreign markets still see "Made in America" as an indicator of quality, making it an easy "brand" for any domestic manufacturer to leverage.

In today's economic climate, reshoring begins to make a lot of sense. It made enough sense to Google that they've moved the production of much of their Nexus Android smart device line to California. These same products have been performing far better than anyone expected, making it likely to pay off for Google.

Is it time for you to consider moving your manufacturing design services back to the US? We believe so. Besides the substantial long-term cost savings for bringing your work back to America, the benefits to the local economy in the form of direct stimulation are substantial.

What's your take? Is it too soon to declare the Age of Offshoring at an end?