PC Board Assembly Made In U.S.A

Made in the USA is a label you don't see nearly as much as you used to. Or, perhaps worse, it also doesn't mean as much as it used to. The flood of outsourced PC board assembly to China and other developing nations meant that, very often, only the final assembly of “made in the USA” products was even done in the country. 90% of the work was done offshore.

This, unfortunately, has led to something of a decline in the quality of “American-made” products, at least in some sectors of the market. Consumers in the US are becoming increasingly leery of offshored products or they are, at least, becoming more aware that you're getting what you pay for with cheap electronics.

However, this has led to a fairly inevitable market bounce back: The idea of reshoring. It's 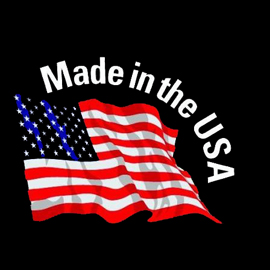 funny, actually, that business people have to invent a catchy buzzname for the idea when it's as simple as it gets: bring manufacturing back to the people you're selling to.

Offshoring Is Not Sustainable

Why spend the time and effort setting up and maintaining overseas operations, when they are quickly proving to have a quickly-rising TCO? Chinese wages are expected to rise 15-20% each year going forward, with the accompanying rising pressures on local prices across the country. The cost benefits of foreign manufacturing are evaporating.

The same phenomenon is being seen at most offshore manufacturing centers around the world: the more successful the center is, the closer it comes to driving itself out of business. It's simple market economics in action. Basing your decisions on where to manufacture based solely on local prices is a self-defeating strategy unless you're willing to relocate constantly while you chase cheap labor.

For businesses looking down the road more than a few years, moving their operations closer to home makes a lot of financial sense. Then, it makes even more when you consider that reshoring will also help strengthen the economy and create more people able to buy your goods.

However, the icing on the top is that reshoring is a great PR move as well. American-made products are becoming “The New Cachet” with consumers at home and abroad still recognizing the ability of the USA to produce great products. It's not even solely in the realm of specialty electronics and PC board assembly: bringing work back to the US is just plain becoming popular with the public.

The Buzzworthy Benefits of American PC Board Assembly

Here are just a few of the great things about American electronics contract manufacturing that should sound great whether you're pitching it to your CEO or to your Facebook fans:

When you add it all up, this looks like a real win-win scenario: The public gets jobs and better electronics, you get manufacturing that's cheaper in the long-term with a more stable local economy, and it even helps the environment a bit as well.