One thing that often surprises newcomers to the contract electronics industry is that its backbone is a manufacturing process that was developed back in the 1980s. Surface mounted technology revolutionized electronics manufacturing, and it did such a good job that some thirty years later, we're still using it.

Sure, the technologies involved have improved radically in the intervening decades, but the underlying processes are the same. So what is it about surface mounted technology that 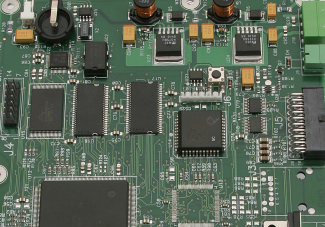 made it such an effective process? Let's take a look.

Automation first came to electronics manufacturing in the 1950s. Before then, electronics had to be assembled by hand using point-to-point construction, making them both costly and difficult to create. Advanced electronics and computers could really only be afforded by governments.

Then, the Printed Circuit Board (PCB) was invented. Circuit boards could be pre-designed and then mass-produced, creating a stable platform onto which the rest of the components were inserted. The standardized design also allowed automation to be introduced, with assembly lines inserting components rapidly into the pre-made PCBs.

At this time, manufacturing was dominated by "Through-Hole" technology. Holes were drilled through the PCBs, with each individual component using a small "peg and hole" arrangement to stay in place before being secured on the opposite side.

While a huge step forward from previous hand-crafted solutions, this still had significant problems. The drilling made the process more expensive and difficult than it could be, and lowered the strength of the boards. As technology advanced and miniaturized, space on PCBs was at a premium.

A new solution was needed, one which would allow electronics manufacturing to be a swift, 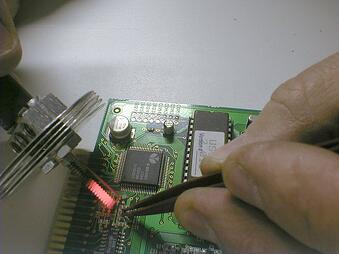 smooth process of sticking parts together with a minimum of other activity.

Surface mounted technology (SMT) took the basic concept of through-hole manufacturing and streamlined it. PCBs no longer had to have holes drilled through them. Instead, components could be applied using a solder paste that doubled as glue.

This simplified the process to the point that electronics could be produced nearly as fast as they could be envisioned, leading to the consumer electronics boom of the late 80s and 90s. While SMT-mounted components lacked some of the inherent strength of a through-hole mount, being able to place far more of them onto smaller spaces more than outweighed this minor disadvantage.

Modern SMT production is a remarkably streamlined process that, once set up, requires little intervention. It boils down to five main stages:

From there, the finished board can be shipped off to its final assembly into the completed product.

The Tried and True Solution

Undoubtedly, one day someone will find something better than SMT electronics manufacturing, but that day is likely still many years ahead of us. It's hard to imagine a more streamlined process for electronics creation without a significant change in how we create circuitry.

Until that day, the technology will continue to be refined, placing more components into smaller spaces, to keep providing gadgets to meet the demands of consumers.

Although, it does leave one to wonder: what will come after surface mounted technology? What might the circuits of the future look like?