From Through-Holes to BGAs

First we had traditional through-hole circuitry, with leads being directly threaded through pre-made holes in the printed circuit board. This was simple enough to be done by hand, but 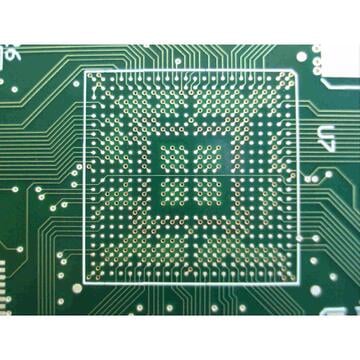 This was followed by Ball Grid Array (BGA) style circuit boards, which used small circular balls of solder to allow the flow of electricity between parts of the circuit. This brought with it a number of advantages to PCB assembly:

This was the standard way of making circuit boards and microprocessors for most of the modern computing age, but as complex mobile devices like smartphones became more common, new PCB assembly methods were needed that could be further miniaturized while providing ever-increasing amounts of computing power.

The concept behind package-on-package (PoP) circuit design is simple: stack multiple BGA circuits on top of each other to further reduce space.  This has become the standard method for designing circuits for small mobile devices.

This stacking was accomplished by separating the memory and logic circuits and placing each of them on their own BGA, before integrating them together into the final printed circuit with a common interface bridging them. Besides saving space, this method of decoupling the 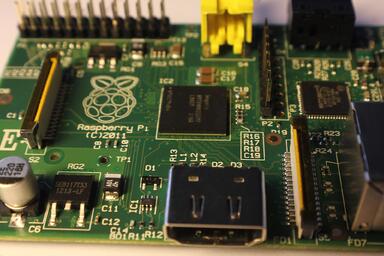 memory from the logic brings several benefits of its own:

The Importance of Quality Control

While PoP circuit assemblies are currently the best solution for combining miniaturization, power, and ease-of-manufacturing, "ease" is a relative term. The high complexity of these boards makes computer-controlled manufacturing with tight tolerances mandatory. Failure in QC on either side of the PoP circuit packaging, the final product will fail.

Also, because memory can be ordered "off the shelf," this adds to the need to ensure your supply chain is reliable. If a custom circuit fails because of substandard OEM memory, the circuit has still failed.

In any process involving PCB assembly, quality and attention to detail are key for any business looking to distinguish itself in electronics manufacturing. Whenever you're investigating new manufacturing options, you need to ensure your QC is able to guarantee constant, quality production.