Do Not Get Burned By Outsourcing Your Product Assembly

Several manufacturing businesses have taken to moving most, if not all, of their manufacturing department overseas to off-shore factories, most of them within China. While the cheap labor costs might bring in a boost in revenue but the affects on the local economy and future revenue is also worth considering when it comes to keeping your business assets safe.

A major manufacturing job which has gone overseas is product assembly, especially for Printed Circuit Boards (PCBs). However, there are precautions when it comes to off-shoring 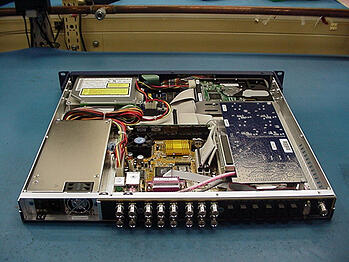 your assembly to China or other cheap labor countries. Though it may seem impossible not to go overseas for your manufacturing, it doesn't have to be like that any longer. Many product assembly businesses are still United States based and support the growth of their local communities by keeping jobs local. Also, the components being used can be shipped from a reliable source and are less likely to be faulty.

There are many other reasons to not go off-shore with your assembly, not just the risk of faulty parts or ensuring there are jobs in the United States. In fact, SLD talks about a case study which explains the very real problems of outsourcing to China and how a personal paper shredder company saw $168 million in revenue lost simply because of trying to cut corners in labor.

The Problem With Off-shore Parts

PCB and general product assembly has become a booming economy in China over the last few decades, but there have been problems with American businesses shipping off the manufacturing and assembly to a country halfway across the world. Some of those problems include:

Bringing It Back To The United States
Going back to the case study by SLD of a personal shredder company called Fellowes Inc., this is an unfortunate example of a business nearly going out of business simply because of outsourcing. Fellowes developed a joint venture with a Chinese company to build a factory in China, the contract stating that all tooling and intellectual property within the factory are Fellowes' property. The Chinese company, Shinri, was owned by brothers and eventually 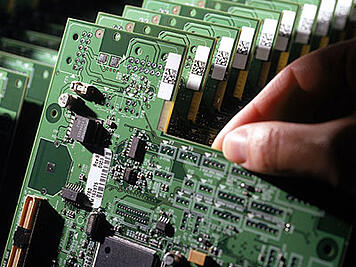 leadership of the company passed on to a different brother who decided to take control of everything, including the Fellowes contract.

What happened next is Fellowes trying to sue Shinri in Chinese court with very little success and a loss of millions in revenue, nearly going bankrupt in the process. The problem with a joint venture in a different country is that the contract is still affected by that country's law, and if they are not enforced, then any resulting broken contracts prove to be fruitless.

However, your assembly production can be brought back to the United States under U.S. business law, protecting all of your intellectual and manufacturing property without the threat of a sudden change of power and glaring illegal tactics to usurp all property. And the costs of bringing it back to the United States doesn't have to mean a huge loss for your business, product assembly can still be relatively inexpensive with newer technology being implemented, such as CNC and robotics.

Start seeing real, quality results when you start choosing American based product assembly, not faulty and counterfeit parts or a threat of your entire business going bankrupt.