Before ordering a high volume of PCBs for your next new design, it is always good to first assemble a prototype or order a low volume batch that all can be tested for any errors. PCB prototype assembly can help exactly with such testing to make sure you aren't out thousands of dollars should anything go wrong during the final production phase, and the assembly 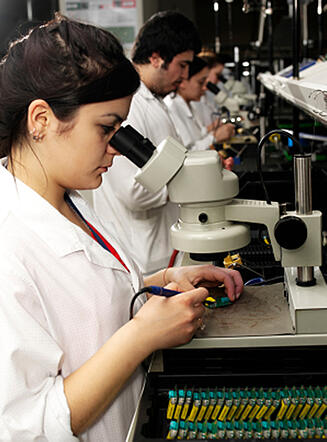 doesn't have to cost you even more money by being in-house. All of it can be outsourced to an assembly company easily.

But, what exactly are the other benefits of a PCB prototype besides the financial budgeting? There are several and most of them have been outlined below.

Prototypes have a huge benefit of being a tangible product that can show you how your product is going to look in its final stage. If the design or layout isn't something that seems like it is going to be the most efficient, both for your company and your clients, then you can take the time to make any final design changes. And with a low volume assembly of prototypes, or just one altogether, you aren't spending hundreds of dollars on simple changes for an improvement on your PCB assembly.

Worst case scenario is that you put in a high volume order, take all of that time and money to have everything assembled, and then realize after the fact everything has been shipped out to you ready to be sent off to clients that the PCBs aren't working up to spec. Sure, they went through testing, but sometimes a little error can still slip through. With a prototype, the PCB can undergo very rigorous testing to make sure that it is going to work and won't fail early in its life span.

A PCB prototype assembly not only helps with design and troubleshooting, but, it also helps to ensure what kind of components are working and which ones might need to be updated or replaced. PCBs are constantly changing with the advances of technology and sometimes certain components are outdated, and a prototype is there to help what can work to keep your PCBs efficient and only the highest quality available.

Of course you will want to create a prototype before implementing a brand new product for your clients. Whether you need a low volume batch of orders or a PCB prototype assembly done quickly, new products need to be tested and revised with any changes before going on to the final stage of assembly--and even then, more testing will occur on the assembly side. 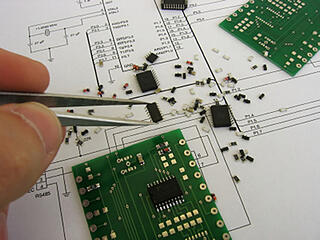 If you're in the market of looking for a new PCB assembly manufacturers company, then one of the best ways to do so is requesting an PCB prototype assembly job to be done according to your design and specs. You can test out how well they listen to your requests, how much they are going to cost, and then assess the quality of the PCB prototype to see just how well they can fit with your business.

All in all, PCB prototype assembly is a very important part of the entire assembling process to make sure that you save money, have the most efficient components, and maintain a very reliable professional relationship with your assembly company.