PCB Assemblage - What All Is Involved In It?

A Printed Circuit Board is a foundation used in the design of electrical gadgets. It plays two important roles:

In the current electronic world, the leveraging of a PCB can result into a simple yet compressed electronic gadget design or the creation of Very High Scale Integration designs 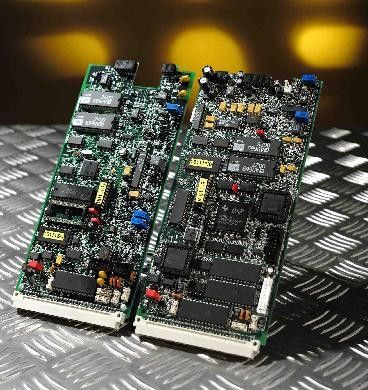 important in the creation of microcontrollers and processing units.

PCB assemblage consists of a series of intricate steps that must be followed to the latter if the product is to be of any use in the electronic design and creation fraternity.

Readying the board that will eventually be the PCB

The preparation of the board and the type of material chosen for the board varies depending on the quality of product the designer desires to achieve. The first step is in the creation of the laminate, which is achieved by pressure curing layers of cloth or paper with thermoset resin to create a final uniformly thick panel.

The type of material used in the curing determines the laminate classification hence the job it can do. Characteristics considered in classification include fire resistance, dielectric constant, loss factor, shear strength and tensile strength.

Printing the circuit into the board (etching)

This is a dynamic step whose approach varies depending on the end product desired. Most PC Board assembly procedures however cover the laminate with copper on both sides and then proceed to remove the copper from unwanted places resulting into the wanted fine copper traces. This method, referred to as subtractive method, is cheap to implement but more environment polluting than the more complex additive method.

Additive PCB assemblage procedure electroplates the copper traces onto the laminate to form the desired circuitry. Though it uses less copper and creates fewer residues, it comprises of several intricate steps making it a more complex approach in comparison to the subtractive approach.

Individual approach to the etching procedure

Whatever etching approach you decide to settle for, there also are other choices to make in the implementation mode. Major approaches are

Drilling holes into the PCB

The next step is in drilling holes through which the components in the design have to go into. This is achieved by the use of tiny diameter drill bits prepared from coated tungsten carbide. This is accomplished by the use of high-speed automatic drills to keep away from marring and tearing up the copper tracks.

After this, the PCBs are rinsed and exposed copper coated with some other anti-corrosion coated. The contact ends that have to remain open are coated with a viable solder composite to ensure that the PCB will remain conductive without suffering from problems of copper oxidation.

Adding the circuit components into the PCB

After all this, the designers then have to do the actual PCB assembly by putting in bits of circuit components into the PCB. This can be done manually or by the use of automated machines. This only works well after the PCB has been taken through its actual PCB assembly manufacturer and is usually done by a different factory from the one that did the actual PCB printing