In an electromechanical assembly plant, some core activities cannot be avoided if a design has to be implemented and released in the market safely. These involve:

Actual design of the solution

This is the foremost step in the making of any electromechanical assembly. Designers review the customer requirements and sketch an idea that in their opinion meets the requirements of the user whilst maintaining user safety and durability of the product.

After the conceptualization of the idea in the mind of the designer, most companies nowadays follow up with another strategically important step of modeling the design using a software build. This allows for the creation of a simulation in a computer setting with the exact environmental factors that the gadget will later be exposed to. This allows designers to learn from how the prototype works and eliminate any design flaws before the creation of the first actual model.

Though the whole idea of simulated computer testing is meant to replace this step, there are some designs that must just be physically tested. This is important especially for critical electromechanical systems whose failure can lead to fatalities. By subject the first design to real life use scenario, experts can identify other faults especially those relates to structural strength and versatility.

This step can be made more bearable by building pcb prototype assemblies that concentrate on the part of the build you want to test. For instance, if your electromechanical design consists of a cooling fan and a mechanical arm and you are interested in the fan alone, you can omit the arm and look for something to cheaply simulate the arm hence cutting down on the complexity and cost of the prototype.

The actual mass production of the product

Ideally, this is the actual task of any electromechanical assembly plant. This is because it conventionally takes most of the time and input in terms of labor and cash while producing the actual end product to take to the market. Since the product has gone through all its test steps, no more research is needed in this step and all you need is your employees to churn 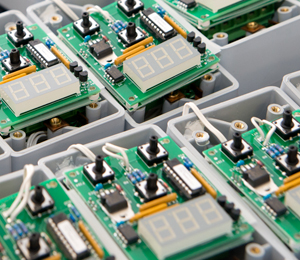 out as many exact replicas of the original as they can per unit time.

To ensure that the models produced at this step, you can decide to use automated manufacture systems operated by a highly trained team. This will ensure that the market gets a taste of what you worked on without any flaws.

Apart from the actual steps aimed at taking a product through the four main phases in its production cycle, other things that go on at an assembly plant are also worth noting. For instance, your company must invest in elaborate systems that are both effective and safe to use.

The procuring of such systems will cost money and will need prior research to avoid ending up with something that you do not need. Important things that you should aspire to eliminate when staffing and buying equipment for an electromechanical assembly plant include;