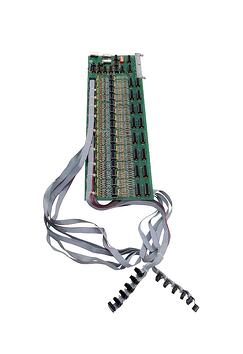 Today, virtually all mass produced electronics feature hardware that has been manufactured with the use of surface mount technology (SMT). These surface mount devices offer numerous benefits over the lead mounted devices that proceeded them, and have completely altered the landscape of the technological sector in terms of what modern electronics are capable of and improved performance. But while most of us in the electronics sector are familiar with SMT production, we may not always take the time to fully appreciate the reasoning behind the development of SMT and what actually goes into the production process. This post will break down SMT, highlighting its industrial significance and the manufacturing process.

Until quite recently, through-hole technology (leaded devices) were considered to be the best method for mass manufacturing PC boards. Until the electronics industry evolved and adopted SMT production, these leads and the components utilized in the production of through-hole boards put a lot of limitations on what could be done, and made board production more expensive than is actually necessary. Despite the fact that some mechanization was possible, it was necessary that component leads be pre-formed, and in many cases, more components were required. In addition to this, problems often occurred as a result of wires not fitting properly when leads were automatically inserted into boards. This required additional labor and slowed down production rates.

SMT eliminates these issues. It was discovered that the lead wires that hat previously been utilized for connections were not actually necessary in the production of PC boards. Instead of passing leads through holes, the components could be soldered directly onto pads on the board. This made it possible to create more compact and affordable boards, as the drilling of holes was no longer necessary, reduced parts were required, and former problems were resolved. Greater levels of mechanization can be utilized, and the time and costs associated with manufacture is significantly lowered. Although there are certain instances in which through-hole technology must be utilized, the majority of processes associated with PC board production can be improved upon with the use of SMT production.

What components are used for SMT production?

In order to accommodate SMT, a new set of components was required. The components used for surface mount devices are actually quite different from traditional lead components, and can be separated into a few different categories: