The clear bright side here is that even as shipments in Q1 slumped, reported orders shot upwards by nearly ten billion dollars in just a couple months, bringing orders to the highest level in years.  That means we're going to be seeing big increases in domestically-assembled shipments throughout the rest of 2015.

Why are electronics companies continuing to reshore their work?  It's not hard to find reasons why.

It's No Surprise US Electronics Assembly/Manufacturing Keep Growing

Product churn among consumers and businesses continues to grow, and functional product lifespans continue to shrink.  It's now commonplace for consumers to upgrade hardware annually, and many businesses are doing likewise in their attempts to keep their network up-to-date.

This means any electronics producer needs to be consistently on top of tech trends, and able to deploy products with shorter lead times.  This isn't compatible with outsourcers who span the globe with supply lines that could take six+ months to reconfigure.

When everything is domestic, the supply lines can be fast  and flexible to meet ever-changing market needs. 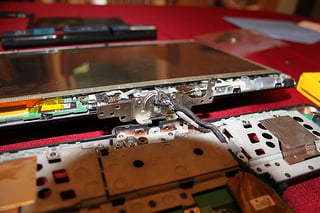 There are a significant and widely-acknowledged problems with Chinese manufacturing, both in terms of guaranteeing the authenticity of components and in terms of IP theft.  Direct oversight of overseas manufacturers is nearly impossible, and their supply lines are rife with corruption.

America -which enjoys some of the strongest IP protections in the world- has been working hard to prevent these problems.  Trusted US manufacturers use computer-controlled per-component tracking, such as QR codes or RFID systems, specifically to ensure every piece of electronics is genuine.  Likewise, those strong American IP protections ensure your designs remain your designs.

Among the many hidden costs in extensive overseas outsourcing is that nearly all the contracted firms are specialists, providing exactly one service.  This can easily create a web of third-party hands on the product, none of which having much direct contact with the other.  Design happens in one firm, assembly in another, documentation in a third, and post-sale support handled by yet another virtualized service.

Ever hear the old one about too many cooks spoiling the soup?

American electronics manufacturers have the ability to keep everything under one roof.  Their designers have direct access to the plants making the equipment.  Tech support reps can query the engineers or leave feedback on issues that have been discovered.  Predictive systems can optimize your parts buys based on tested failure rates.  This saves money and creates a far better customer experience as well.

American electronics manufacturing is on the rise.  To learn more about the benefits to your company, contact ZenTech today.