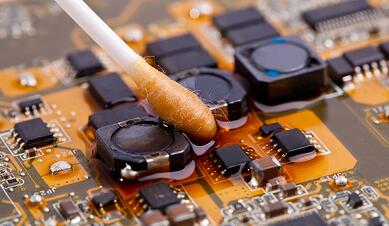 With China possibly overtaking the US to become the largest economy in the world, many are taking this as confirmation that offshore electronics assembly will continue to be a major driving force.  And while it's true China remains a strong player in electronics services, there's a lot more to the picture than that.

Even if the claims are true, being biggest doesn't necessarily mean best.  The rush of manufacturers to move their services to China has helped create this new boom, but it's simultaneously created a number of new challenges for offshore assembly.

A company looking overseas for their electronics might be wise to consider changes in the economic landscape that have come about in the last few years.

The first and arguably most important change was also one of the most predictable.  The Chinese cost of living is going up, and quickly.  That influx of money and jobs is creating an entirely new middle class, and even rural incomes are going up quickly.

In fact, at this point, many sources are reporting that Chinese and American manufacturing is nearly at parity in terms of costs.  That, by itself, deals a big blow to those who still advocate offshore manufacturing.

Twenty years ago, people rarely cared about conditions in overseas factories unless they were targeting Wal-Mart.  Today, major overseas manufacturers like FoxConn are routinely making headlines for their workplace policies, with multiple protests and even suicides being heard about globally.

A globally-informed public is beginning to demand higher standards from the companies they do business with.  There's growing backlash against the conditions common to factories like FoxConn's, and there's absolutely no reason to think the tide is going to recede any time soon.

Companies that divest themselves from cut-rate overseas factories are gaining significant boosts to their PR.

Not to mention, of course, those are only the engineers who noticed the counterfeits.  The true number is undoubtedly higher.  On top of that, sixty-six percent reported only using authorized suppliers... so even some authorized sources are compromised.

The only real way to get around counterfeits is by using end-to-end item tracking, and not many offshore companies do.  Plus, the more hands -and countries- the supply lines pass through, the more chance of substitutions happening.

Local-sourcing of components, backed with per-item tracking, is the best insurance here.

Finally, China is currently having trouble with fewer investments into the factories themselves.  Those assembly lines which were state-of-the-art ten years ago are already behind the times.  Aside from a few of the largest players (like FoxConn) many Chinese sources aren't keeping up with the latest in assembly methods.

If this trend continues, it will be increasingly difficult to manufacture products overseas that meet the global demand for cutting-edge hardware.

At this point, companies looking overseas might want to look closer to home instead.  Locally-sourced and manufactured products seem increasingly attractive.

Want to know more?  Contact ZenTech today for a free consultation on your electronics needs!