Beneath the Surface: Understanding the Assembly of PC Boards

Have you noticed that technology actually seems to be shrinking? That's not to say that the 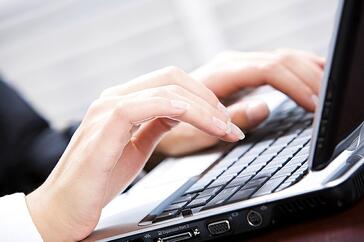 market demand is depleting, but rather, that electronic devices are becoming smaller, more lightweight, and increasingly compact. At the same time, the complexity of technology is expanding. As a result, electronics companies are being forced to find ways to take the explosive size of technological advancements and shrink it down to size.

Sounds impossible, right?   Anyone who is in any way connected to the electronics industry knows that this feat is far from impossible. This is all thanks to revolutionary ideas and the evolution of the PCB assembly process. PC boards are both the brain and heartbeat of any electronic device, and our ability to utilize smaller system components and create more compact boards opens up a world of possibilities. How does it all work? Let's peal off the surface layer of today's technological gadgets and take a look at how the PCB assembly process works, and how recent changes have improved our ability to meet consumer demands.

In the Beginning: Through-Hole Mounting

It really wasn't all that long ago when through-hole technology reigned as king in the production of PC boards. In order to manufacture boards by following this method, electrical components with leads were utilized. These leads were inserted into holes that had perviously been drilled through the PC board. Once the leads had penetrated these holes, they were soldered to pads on the opposite side of the board. Before other methods were discovered, through-hole was thought to be the pinnacle of electrical technology and assembly.

What was believed to be so great about through-hole mounting? For one thing, it's an extremely reliable method. This is because of the strong mechanical bonds that are created. Even today, through-hole is generally the preferred assembly method for boards that require especially large or bulky components, or that will be subject to regular mechanical stress. Still, through-hole technology has its flaws. The biggest problem with this method is that the holes drilled into the board put limitations on the available routing area for signal traces on multi-layer boards, and can also increase production costs. 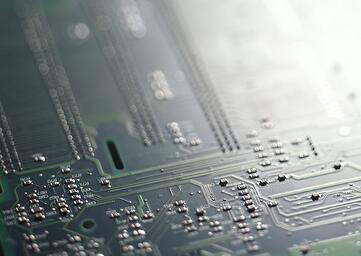 Anyone who works with technology or electronics is well aware that in this industry, we're never satisfied with the status quo. Instead, we're always looking for ways to solve problems and improve on what we already have. Hence, surface mount technology (SMT) was born. Although the process was developed in the 1960s, it wasn't until the mid to late 80s that it really began to take off and replace through-hole as the "go to" method for PCB assembly.

With SMT processes, there's no need for drilling holes. Instead, electrical components can be directly mounted to the surface of a PC board. Since the components don't need to pass through holes, most have smaller leads than their through-hole counterparts, or simply don't have leads at all. As a result, the components are smaller. In addition to this, higher circuit densities are made possible with PCBs assembled through surface mounting methods. Both of these factors make it much easier to create compact yet very complex electronic boards and devices. You'll also find that the pin count is higher in SMT than in through-hole methods. Last, but certainly not least, you'll enjoy the fact that SMT boards are generally less expensive than those used for through-hole methods. This saves you money, and can help lower consumer costs as well.

In just a few short decades, the electronics industry was completely transformed by the emergence and embracing of a new way of doing things: SMT. With the technological sector continuing to boom, we can only expect that new and even better methods are just around the corner. It's an exciting prospect, and we can't wait to see what the future holds for electronics companies and contract manufacturers like ourselves!